A Critisim On The Last Leaf By Mitra Bayat 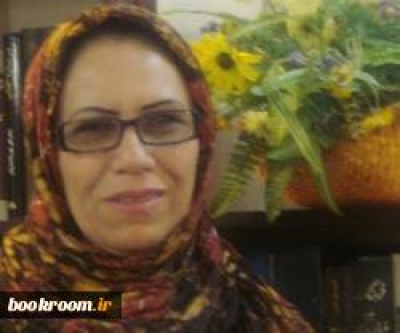 The world peace in theater language

Criticizing and introducing The Last Leaf

The Last Leaf was staged in Tehran Andishe Academy and Simorgh International group performed this play with the players from Iran, Afghanistan, United States and Canada. This play is a combination of the puppet and shadow theater that uses special effects, light and film.

Mohammad Boroumand as designer, writer and director of this play and as the founder of Simorgh group has used a combined method to express a human concept. The concept of peace and friendship and the life without war and conflict is a divine concept that we can’t find an impressive word to express it and using language words and combinations in each country is depended on its language and culture that isn’t understandable for other nations. But using art language as a tool to express human concepts is a way that is used these days by world artists and dramatic art is the best way to show human ideas and world peace that is a common aim between nations.

The art is common language between all countries and theater gets a common language when it presents the most divine desires and ideas of human being. Boroumand and Simorgh dramatic group have selected theater to express the concept of peace and friendship between nations. The expressive words for peace and friendship have been replaced by a play of light, shadow and sound and the body and light language and shadow and sound have been used instead of words and voice to express the group voice. The Last Leaf is a combined play. It begins with shadow and ends with scene show and the puppet theater and movie is used during the play.

It is the story of an insect and a mouse that faces with a problem in their coexistence and resort to the easiest and worse way to solve their problem. The way that is chosen by the most governments of the world, namely clearing the problem, the elimination of the other side, removing one other, making silent the all sounds except own sound. This way means clearing the problem and the elimination of one other by using the power that is done in favor of the powerful. The mouse eliminates the insect by its superior strength and announces authority by it. Then a superior power than it desires to eliminate it. The powerful cat eliminates the mouse from the life scene and the dog at the helm fights with the cat and removes it from the life scene. The elimination of each power is followed by the permanence of the superior power. Humankind with weapon has a superior power and winds up the lower powers and becomes the undisputed authority in the life scene and appeals to a superior power to preserve his own power. That power is the power of machine. Through using the machine human becomes the most superior power on the stage.

In "The Last Leaf", the power rotation between the characters has been done in different ways. By using "Tom & Jerry" the director could show the fight between these two characters to get power very well. Utilizing some sequences of "The Great Dictator" to show the fight between human and the dog and human sovereignty over other creatures' life has been very accurate and creative. Perhaps this combination is firstly contradictory and dissonant for the audiences but this combination of the theater and movie conveys the semantic and conceptual result of the considered idea to audiences more effectively and deeply.

Using the language combination of light and music and body language and the incorporation of puppet and shadow theater and using of some scenes of known movies and cartoons in the non-verbal theater of "The Last Leaf" have been helpful to present the writer and director's considered idea.

The play language conveys a human concept that is not to a certain age but covers general audiences. But the presence of puppets and the shadow theater and the fight between the dog, the cat and the mouse will be interesting for the children too. However the effects related to the war and shooting and using of live special effects creates the fear of war and bloodshed in the audience and this is inseparable from the play text and idea and it will have no effect on the audience if it is something other than this.

In the fight between the machine and human all leaves of the tree fall down and all creatures are destroyed by the weapons that the machine has supplied. A child from the audiences goes on stage and finds the last leaf among the cluttered stage and joins it to the tree when the stage becomes full of smoke and the silence after the war covers the stage. This is one the most effective ideas of the play and causes that the play characters turn to peaceful coexistence and experience a better face of the life. When the violent hunter removes his mask human change occurs. This action shows human changed identity but he performs Charlie Chaplin's immortal dance before he removes his mask. This transposition of face changing and dancing damages the play result. The player can't perform the dance successfully and the director shows this dance hurriedly. But the presence of a pigeon in the final scene while it bears the peace leaf is an element that presents figuratively the last word of the play. This is completed when the robot wires is replaced with the peace leaf.

Generally this play speaks figuratively about world peace and the considered intent has been conveyed well through play language and combined features that are utilized by the designer and director. With congratulation to the artists of "The Last Leaf" I hope that I see more works of this group in the future.

Read 1302 times
Tagged under
More in this category: « A Critisim On The Last Leaf By Reza Ashofte