A Critisim On The Last Leaf By Reza Ashofte 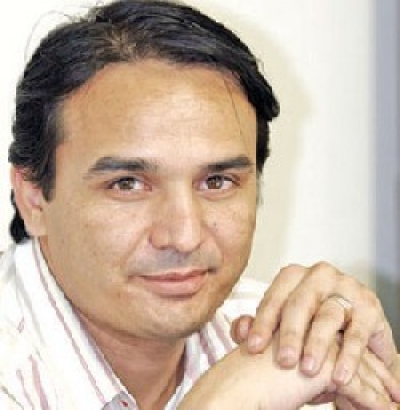 The Last Leaf, a movement for getting universal
By: Reza Ashofteh, National Association of Iran Theater Critics
The Last Leaf, a show about peace and friendship has started its performances from our dear Iran and is going to be performed all around the world.  It is a creative and new movement that an Iranian group has invited others to take part in an international show and our theater needs it more than any other thing because we can not only express ourselves in such movements but also get familiar with the last dramatic techniques and methods.
"The Last Leaf" is a simple and profound show. It is simple since everybody can easily understand it and the audience knows that he/she is facing with a linear story. But it is profound since understanding the peace and friendship as a believable concept needs a golden chance. It means making such attitudes in us require effective images. Humankind is naturally opposed to war and riot but perhaps the war and violence is human first answer to critical and overwrought situations and conditions. While we can safely pass the all crises through talking. Therefore the art and especially the dramatic arts are effective solutions for the induction of functional concepts in the life. If we have been accustomed to seeing theater from the childhood and if the theater gives the basic and deep concepts to its audiences we have been unexpectedly vaccinated against the hardships and abnormalities so Mohammad Boroumand basically emphasizes on the peace and friendship to prevent bloodshed and violence as much as possible.
In order to be understandable in the world "The Last Leaf" has been produced non-verbal and with a combination of puppet and actor with mask and using of cartoon. This combination not only presents a projective and different situation but also gives a more effective perspective to its audiences. Emphasizing on some popular movies and cartoons will be leading to a better relationship with the considered concepts. Charlie Chaplin in "The Great Dictator" and "Tom & Jerry" are of these effective moments that are earlier associated with the main concept of "The Last Leaf". The purpose of performing a show is just to get to such moment and function to create better communication areas. Developing this relationship needs to the methods and techniques. Variety of methods and tricks and audiovisual elements give more precise rhythm to the play. Also the inter-textual relationship with formerly known works of art creates an area for a better relationship. In addition, today it is more concerned with combining the processes and sorting the opposite and unlike methods and systems. Although it wasn't good in the past to combine the cinema and theater today this kind of combination is necessary since according to the available capacities the current world can be interpreted better.  Based on the available information the audience also wants to get an effective interpretation.
The story is that there is "the struggle for life" principle in the animal world but this is human who disrupts the existing order with the useless and obstreperous challenges. If humankind is dependent to the nature he/she will never be involved in battle. In this show, the mouse is fighting with the insect, the cat with the mouse and then the dog with the cat. But finally this is human who is going to destroy the all animals by hiring a robot and it scourges human too.  Now this atypical play should be changed to the peace and friendship and consider the nature order as the world customary rule. That is the play should be drawn differently. One of the well-known artists gets mediator for a better event. He goes on stage and says his opinion about the play and wants a child to figure out another end for it.
It has been appeared the limbo in "The Last Leaf" and a new resurrection has been formed to warn us that the life can be different; and it is dependent on our heart selection and will. American, Canadian and Afghan players and puppeteers have been able to be the best in this full of human concepts arena.
Mohammad Boroumand that has the puppet theater experience as well as working in the field of animation in his artistic resume could experience a new condition that represents a considerable event. Perhaps going to the theater like this is the solution for exposing our country theater to the world. It is not good if we always want that they look for us since today we can also give creative suggestions for creating art pure chances and events. Although this leadership is more noticeable in the cinema today it is the theater turn to be leadership in this area too.