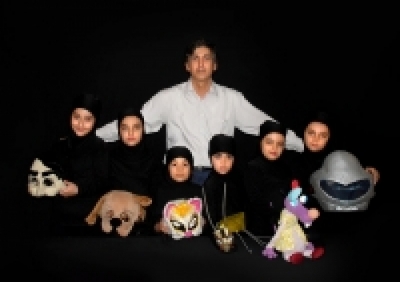 Mohammad Boroumand as the designer, writer and director of "The Last Leaf" has used 8 years old children this year to perform this show in the international festivals. He says that although I can perform this show with the professional and international players I decided to use children as player and puppeteer in Chennai festival and some other festivals since I believe that we should learn the peace from the childhood. I would like our country artist children promote Iranian message of peace and friendship in the world.

In the new performance of "The Last Leaf", Iranian 8 years old children that are fluent in three languages of Persian, English and French will perform this show for the other countries children.

Simorgh group manager believes that performing theater by children for children is not taken seriously in Iran but some countries like India, Germany, Italy and etc have some festivals that is necessary to use children as performer to be able to participate in them.

The Last Leaf director who has three decades of activity in the art different areas including theater and animation for children has already performed Kakoli theater in Ryan International Festival by using Simorgh artist children. He believes that working with children is somehow hard but it is very sweet and a positive wave of honesty and sincerity is conveyed when these small artists go to the stage. I have seen in my pervious experiences that foreign artists have been surprised of Iranian children play and they couldn’t believe that Iranian children can be so dynamic and artist.

Mohammad Boroumand also informed that some international children festivals have invited the artist children of Simorgh group for performing The Last Leaf.